Tag Archives: rumor and other stories

to the blog powerhouse, BIG OTHER, alongside other year-end lists by Andrew Borgstrom, Eugene Lim, Kevin Prufer, Cooper Renner, and David Shields.

I ended last week’s Internet/Franzen smackdown post with a bit about James Robison’s The Illustrator, knowing already I wanted to talk about the book outside the context of “good books that don’t get as much attention as The Corrections.” Which is really almost any good book. So let’s back up.

A few weeks ago, I had my first visit to the fiction stacks of the downtown Nashville Public Library, a big impressive room where Dawn Raffel graces the new releases shelf and where people actually seem to be reading stuff. I hit the R’s looking to see if they had the new Mary Robison (they didn’t), but they did have The Illustrator (1988).

And I thought, “James Robison, that guy who said a something nice about one of my pieces on Fictionaut?” (I have a special talent for remembering people who compliment me.) The full-sized author photo on the jacket’s back proved it was the same guy, just younger and with more hair. In a blurb, Donald Barthelme called the novel “a brilliant piece of work” and “a remarkable achievement.” I was sold enough to check it out. I just didn’t expect for it to be so good.

The Illustrator follows Ash, a middle-aged artist who falls for an almost-legal high schooler named Q (whose actual name is Erin, whose actual-actual name is Pauline). He takes a job in South America and tortures himself with thoughts of Q, then returns to Boston and remembers what she’s actually like and kinda loses interest. And starts painting big weird anti-paintings. And his ex-wife, Lucia, shows up. Then Lucia, Q, and Ash form a weird little pseudo-family based mostly on Q and Lucia trash-talking Ash. Then they all go to Vermont and he rides his motorcycle too recklessly.

The plotting is loose and natural while each short scene is a like tightly constructed flash, ready for Quick Fiction, often complete with punchy/mysterious last lines. Examples, ripped from context: “Fuck the hotel bill.” “You still have all your teeth?” “I like the void. I do.” The looseness and Ash’s obliquely cool temperament gel nicely. At any point in the book, it feels both as if anything might happen next and as if Ash doesn’t care one way or the other what will happen. And yet the difference between this book and slackery “the point is that not much happens” books is that his actions do affect him, again and again, and usually for the worse. If Ash had a stake in himself, he might save himself, but doesn’t, so won’t.

One of the book’s enormous pleasures is its dialogue, and it’s never better than when Q is talking or letter-writing. Young and eager-to-impress and language-lax, but smart, too smart to dismiss, Q’s voice gives me the zap of recognition that goes, “Sometimes pop culture makes me forget that teenagers in the late 80’s basically sounded exactly like teenagers today and like teenagers always will until the end of time.”

Lucia, too, is one of the book’s big surprises. She’s barely mentioned in the book’s first half, but when she shows up (“Hello, Ash. You could hug me, I guess.”), she arrives with so much nuance and emotional baggage that Ash has to be reconsidered in the light of her arrival.

“Look at your oeuvre,” she says in the same scene, looking over his paintings for the first time. “My, my. Aren’t you weird. You know, I never minded that we both had sex with so many others while we were married–I thought that was fine. But what I minded, minded purple, was that you didn’t love me, Ash.”

“I minded that too,” Ash says, “but you were terrible, just terrible awful. You’re not awful anymore probably, isn’t that so?”

All the language feels real and fun: This is the kind of minimalism that uses telling and concise details to point outward to the big lived-in world. By the end of the book, so much ground has been covered that it makes for a jarring return to the opening pages after a first read.

James Robison’s only other book, Rumor and Other Stories, came out two years before The Illustrator. I bought it on Amazon for $.01 + $4 shipping and haven’t finished it yet, but here’s a preview: it’s good too. The opening story, The Line, pushes the observational people-watching story as far as it will go, waiting until the last minute to point to any sort of meaning, a neat trick he later repeats to even greater effect in “The Indian Gardens.” Even with its subversive touches, Rumor is more of a classic book than Illustrator, less of its time, still minimal but working closer to the tradition. My favorites so far are, “Envy,” “Eleven,” and the title track, “Rumor,” all of which slow-build their loss and longing and end pretty hopefully. 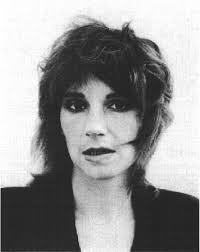 Eventually, the web helped me put this together: James was married to Mary Robison, hence hence hence. (Pretty perfect, then, that I found him while looking for his wife.) The Illustrator is dedicated to Mary.  They’re now divorced.  If you go looking for stylistic parallels, the book has more in common with Mary Robison’s more-recent Why Did I Ever than with the stories she was writing when The Illustrator came out.

But really, James Robison’s style (circa Illustrator) is closer to Frederick Barthelme’s than to his then-wife’s. And surprise! They went to grad school together. In Barthelme’s famous & fun article “On Being Wrong,” there’s a great long paragraph in which Barthelme characterizes the “beyond irony” writer scene of the John Hopkins MFA, 1976, in which Barthelme and his colleagues grew to suspect that “a plain sentence, drab as it may seem, might be more powerful by and large than the then standard-issue clever sentence.” He characterizes the teachers: John Barth, Charles Newman. Then continues: “And the students were good too. Mary and Jim Robison were there; everything in Mary’s stories ‘snicked’ -any time any object hit any other object it ‘snicked.'”

It’ll be a shame, though, if this passing mention is going to be James Robison’s legacy: A good writer who was present for a scene in which his then-wife had a starring role. Mary Robison herself, in an interview with BOMB, praised her ex-husband’s prose while simultaneously burying him: “[Being labeled a minimalist] did a lot for me (laughter) in that I received some attention other deserving writers did not. Patricia Geary, Moira Crone, Liz Inness-Brown, Steve Barthelme, or even my late husband, James Robison. Joke, my little joke.” Ha?

One exciting thing about my time in an MFA was getting to be in a community of readers who passed books around like secrets. Noy Holland taught The Log of the S.S. Mrs. Unguentine to a class I wasn’t even in, and in a couple years we’d all read it and Stanley Crawford was guest-teaching a workshop, just riding the wave of Western Mass enthusiasm for his beautiful strange book.

And that’s the flip side to my attempt to approach Jonathan Franzen’s writing openly EVEN THOUGH he’s really popular–in many ways, it’s just not as fun to champion a dude who’s getting so much love from The New York Times that they’re sending a personal sushi chef over to his house to express their praise via Rainbow Roll. The NYT sushi chef would be a wedge between me and Freedom, going, “Isn’t this a succulent scene? Aren’t you having an enormously well-wrought time?” The clamor isn’t conducive to immersed reading.

Beginning a book like The Illustrator only noise in my head is the blurbed praise of a dead master. But then the voice crops up that goes, “If this book is as good as I think, won’t it be fun to tell people about it?” and then, “Maybe you just like this for its obscurity,” and then, “Won’t it be embarrassing when you get behind this book on only the strength of your own taste and then other people hate it?” Which is maybe not so conducive either.

The lucky part is: if either book is doing its job, those voices tend to fade away as the book takes over.

Tagged Donald Barthelme, frederick barthelme, freedom, james robison, jonathan franzen, log of the s.s. mrs. unguentine, mary robison, rumor and other stories, stanley crawford, the corrections, the illustrator, why did I ever