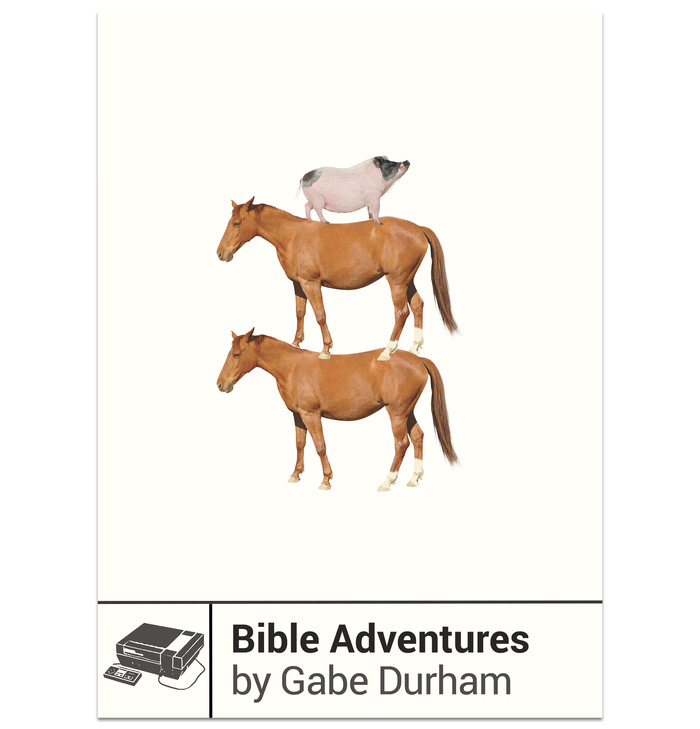 This year I’ve been secretly working away on a new book about the unlicensed NES game Bible Adventures and the game development studio who made it.

This morning, Boss Fight Books unleashed a new Kickstarter campaign to fund the book along with five others:

All of our main Kickstarter tiers are simple pre-orders. You can pick up an eBook or paperback copy of whatever book you want, or subscribe to all six.

Bible Adventures is my second book and my first nonfiction book. Much of it is based on interviews I did with the guys who made the games, the woman who sold them, and a guy who is very good at playing them. It also analyzes each of the Wisdom Tree games, looking at how the games fit into the retrogaming phenomenon, why they were such a hit in Christian bookstores, how the games interact with my own Christian upbringing, and how they are a part of a larger, messier story of the intersection of religion and commerce.

I laugh whenever I look at Ken Baumann’s cover for this book. It’s a reference to the Noah’s Ark part of Bible Adventures: Noah gathers animals for the ark by holding them over his head, often stacking many animals at a time.

Thanks for your attention! If you have friends who would be into these books, I hope you’ll help me spread the word.