FUN CAMP was a semifinalist for the Lake Forest/&NOW Madeline P. Plonsker Residency

I entered FUN CAMP in the running for this fellowship before it got picked up by MLP, and it got pretty close! Glad I made the list and glad I didn’t win: It would have been hard to turn down $10,000.

NewPages Review of MAR & “Another Village”

Robyn Campbell wrote a thoughtful review of the new Mid-American Review, drawing some metaphysical parallels between my story, “Another Village,” and some of the other works in there:

“Arguably, there is a line between humanity and the supernatural. There is the world as we know it and there is that which is otherworldly. The latter may be interpreted as: God (in all his/her/its forms); Death; the Spirit; Magic. Regardless of what we choose to call it, our fascination with it is and always will be present. In the latest issue of the Mid-American Review, we see the line crossed and re-crossed…

“Gabe Durham’s “Another Village,” appearing early in the publication, beautifully illustrates the intersection of two powerful worlds. It’s a (sort of) re-telling of Little Red Riding Hood’s story in that it features the same main characters, but it focuses on the abstract mysticism hidden in the original. The girl—her name unimportant, “something with an ‘H,’”—is tricked and led away from her village of humans with questionable morals to one of wolves, who also unfortunately have questionable morals. Both groups are intensely ritualistic (sending eight-year-olds into the woods to “learn a little something,” dancing around fires, etc.), further amplifying the closeness of the body and spirit. The narrator, after explaining that the “personal quest” business petered out, offers a bit of wisdom regarding the human tendency to be drawn to, well, the other.”

And here’s Matt Bell’s essay on the same story: “This is the crux upon which the rest of the story—which I won’t ruin—turns: Either the girl in red shoes sets the village apart and above, or else it does not. For what else do they have, in their ignorance, to set them apart?”

New Book Review: “Stories for Nighttime and Some for the Day” by Ben Loory

My Ben Loory review is up at The Collagist:

It is never suggested that the forces—monster, UFO, invisible crown, and death himself—do not exist, but their reality doesn’t make the people who encounter them any more sane.

It’s a secret pleasure to get to read a good book before everyone else can. Thanks to editor Gabriel Blackwell for working with me on the piece. Here’s another review of it by Kevin McFarland at AV Club. If you’re interested in Loory’s book, you can buy it at–among other places–Starbucks. 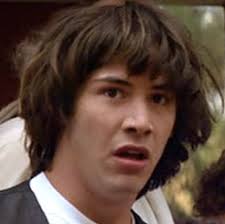 The Fall issue will feature new work by:

“And Understand This” in Route 9

Sarah Malone has published a new short piece of mine in Route 9. (And it’s already been reblogged by the hilarious Julie Klausner. Awesome!)