The Time I Tried to Defend Jonathan Franzen to the Internet

One sunny happy day one time, I was walking down the street doin my thing (probably whistling!) when I was accosted by the internet. Or not accosted, exactly. I guess I was the one who initiated. But it was so easy to do, less decision than a part of my day, so you maybe could say it was LIKE the internet had accosted me. With its ubiquity. I was also not on a street, nor was I walking, nor have I been able to whistle ever since the accident.

“Jonathan Franzen,” the internet said. “What a dick, am I right?”

“Well…” I said. “He’s got a reputation for being a crusty guy, but lots of writers don’t do well in the spotlight. But he admits the public stuff isn’t his strong suit. I chalk him up to being one of those Jonathan Safran Foer writers who I can read and enjoy but don’t necessarily want to meet.”

The internet barfed all over the place. “Him?”

The internet interrupted me to barf everywhere once more. 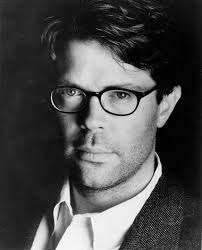 He shrugged. “I’ve got a hyperbolic stomach. But back to Franzen. I guess when I say, ‘What a dick,’ I’m talking more about his books and sentences and his stupid face. I mean, Time Magazine? You know who should be on the cover of Time Magazine?”

“Never heard of him.”

“Exactly,” the internet said. “You know why you’ve never heard of Rhett Faber? Because dick-ass pretentious dicks like Jonathan Franzen are taking up all the oxygen.”

“Oh, I made him up. He’s like a symbol for all the unsung risk-takers out there shaking things up unnoticed.”

“Isn’t it good that a writer of fully engaged character-based kinda-challenging novels is getting all this attention? Instead of Dan Brown or Paolo Coelho or the guy who wrote The Shack?” 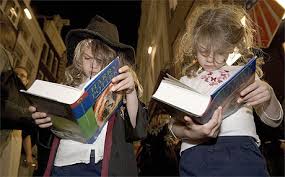 “At least people are reading…”

“At least they’re reading,” the internet imitated me in this dumb voice. “The Harry Potter Defense.”

The internet took out a gun and shot himself sixty times in the face. Then got up. “Sorry. One populist admission too many. I literally had to.”

“Here’s what I try to do with popularity,” I said. “I ignore it. If someone whose taste I respect tells me I need to check something out, I try to do it. Friend or reviewer or whoever. And then, since there’s lots to read and since I read slowly, I hold all fiction to the same high standard. If it’s good, I read it. If it isn’t, I stop reading.”

“By the way, this is shaping up to be your all-time worst short story, Durham. Didactic, blunt…”

“This isn’t a short story.”

“Fourth wall-breaking and writing yourself in: pretty postmodern for the president of the Nashville chapter of the Twilight Fan Club. And by postmodern, I mean it dings a couple boxes on the postmodern checklist, like that awful-awful scene at the beginning of ‘Whatever Works’ where Larry David starts talking to the camera.”

“‘Wink wink, the joke is that this is a movie. But if a guy did this in real life, he’d be crazy!’ Woody Allen, making the moderately intelligent person feel smart since 1776. Where was I? No, it’s not better that they’re reading. It’s not independent thinking. The American sheeple will follow Mr. Anti-Intellectualism around anywhere…”

“The Gaddis thing?” I said. “Yeah, I’ll grant that was kind of an annoying article…”

“…but Marcus didn’t come out of it looking so good either. Corrections? Awesome. Notable American Women? Awesome. Two guys who can’t see far enough past their own great projects to appreciate how fun and accommodating the Big Tent is. The joy of the varied diet. In the end, what a boring flame war that was.”

“Sorry? While you were talking, I was thinking of how sexist it is to like Jonathan Franzen. And racist, maybe. Hey, let me asked you something,” the internet said. “You happy with your penis size?”

“I’ve got a friend who sells these… forget it. Here’s the rule. Pay attention. If a very famous someone produces something good-not-masterpiece, you can’t praise it because they are too famous and your job as a talented-yet-unfamous person, when reading their stuff, is not to go, ‘Is this good? Am I enjoying this?’ but instead to say, ‘Is this as incredible as that one guy said? Is their fame deserved? Can I think of people who deserve their fame more?'” 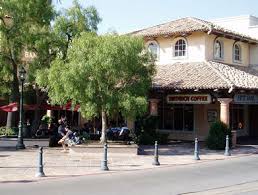 “Quick story,” I said. “Summer after freshman year of college. Not an awful summer, not a great summer. I’m working full-time at coffee shop with this neurotic assistant manager who puts everybody on edge. Sometimes I get to man the espresso bar, but mostly I’m tethered to the cash register all day. But. My sister has enjoyed The Corrections so much that she bought me a copy. On my fifteen-minute breaks, too short to do much, I’m running off and reading this book in my car, getting my nineteen-year-old mind blown. Reading it and thinking, ‘Fiction can feel this real?’ and then scrubbing the toilet and restocking the sweeteners. It didn’t ‘get me into writing’ but it was sure as hell one of the rungs.”

“But would it hold up now?”

“Just think how much Rhett Faber would have blown your mind while reading in the car that summer.”

“Well you’ll like this then. I’ve got a Rhett Faber for you. The other day, I was at Nashville Public Library, the downtown one. The good one. And I found this book called The Illustrator by James Robison.”

But I was starting to lose the internet’s attention, I could tell. “Rick Moody is a pretentious asshole!” he said.

“Well this Robison book is really something,” I said. “Frederick Barthelme-style minimalism, which is so hard to do well. This guy nails it scene after scene. I’m almost done with it. I guess it was a big deal when it came out. It won some award. In a blurb, Donald Barthelme calls it profound.”

“I have strong opinions about Tao Lin and would like to voice them!” the internet said.

“And since I love this book and think it’s so under-appreciated,” I said, “I thought maybe you’d be interested in helping me get the word out about it.”

He didn’t hear me. He saw Billy Collins walking by and pushed him into oncoming traffic. “Sorry,” he said, big smile on his face. “You were saying something I don’t care about?”

“When do you want to hang out again?” he said.

“Two hours tonight,” I said, “and then again first thing in the morning.”