Have a listen at GRC Myspace!

Here are the songs that went into it:

GRC in the Blogosphere, part 3

Thanks to Dave Collins over at Planet Mondo for breaking Gather Round, Children in the UK! Like the little airport that sends one weekly plane into Mexico, GRC is going to make a transparent bid for credibility and change its name to GRC International. Be sure to check out Dave’s site and his pair of articles about the Beatles showing up in Batman comics.

Hawthorne, The Scarlet Letter – The sexy young inventor of the microscope receives a letter written entirely in human blood, asking her to burn down the Mark Twain house with a WWI Zippo lighter.

McSweeney’s #24 – Jonathan Ames borrows from Paul Astor in a story about a writer who wants to be a detective so he learns the language of bees so they will tell him who killed his dear auntie. The bees sting him and he turns to stone.

The stories of my fellow workshoppers – 20 variations on the same story: a man is about about to jump to his death until all of his friends and family members show up and tell him warm anecdotes about his own generosity and convince him that life is worth living. Just as he is about to come down, a flood sweeps through the city, sparing only the jumper. Chaos ensnares.

Brock Clark, An Arsonist’s Guide to Writers’ Homes in New England – One middle-aged man, three busty young bachelorettes, and a post-apocalyptic wasteland: you do the math!

Joanna Scott, Various Antidotes – A maniac gives three scientists a slow-acting poison and sets them loose in a hedge maze. They have to use their brains if they hope to get to the various antidotes on time.

Cormac McCarthy, The Road – An architect and his writer son take a drive up the coast. Chaos enjoins.

Donald Barthelme, Paradise – A dog tells his owner to stop having sex in front of him… in a post-apocalyptic wasteland. There are interviews on the page and there is the expectation of blood on the floor.

Season 5, Episode 2: An East-West Battle That Makes Biggie and Tupac Look Like A Playground Squabble

Episode #2 “That Sweater Don’t Fit Anymore” (10/20/07): GRC East takes off as Gabe Durham and Alex Moore respond to Tom and Darnell’s slander. “Intro Song,” Tons smarter on the East Coast, Respect Game, Harvard ups IQs, “Half Over,” “Hot Flow,” “The Leaves Are Changing,” moving on from CA friends, “Like to Know” with special guest Liz TD, New England vortex. One hour’s worth of radio in under 20 minutes, absolutely commercial-free*.

* Self-promotion doesn’t count as a commercial.

GRC in the Blogosphere, part 2

Check out the Gather Round, Children mention over at What to Wear During an Orange Alert.

They like the Beastie Boys/Nickel Creek remix, “How We Gonna Kick It? With A Mandolin, Fiddle and Guitar“

Things That People Searched For: The Many Roads to GRC

Back by popular demand, a list of things people searched for only to end up at a site way better than whatever they were looking for. The Weirdest Search award goes to “shirtless children,” only slightly less creepy than the search “sexy children” that brought someone to the site a few months ago.

Episode #1 “Out With the New, In With the Old” (10/9/07): The radio show is back! And 55% as good as it used to be! Hey just kidding everybody. I’m Gabe Durham and I endorse this radio show. Segments include: “New intro: from the gates of hell,” better off without Gabe, Darnell in Vegas, “Can’t Be Seen In Public,” your game is weak, “The Race For Your Heart (Take Me to the Formal),” married dumb friends, Tom = engaged and then unengaged, “Married Friends Are Gone (sad),” “Married Friends Are Gone (happy).”

“Where Is the Line?” by Bjork

I have a humble suggestion for Darnell Brisco and the Won by Ones: You need to cover Bjork’s “Where Is the Line?” from her not-such-a-hit album, Medulla. When Medulla arrived in 2004, fans and reviewers did not know what to make of Bjork’s decision to make an acappella album. At best, people found the album to be an interesting study in weirdness, but not the kind of thing anyone would actually listen to. But we who grew up in the acappella music tradition (particularly we who worked next door to the horrible CD table at the Pepperdine Lectureship) know better.

“Where is the Line?” is scary and awesome and probably not all that religious, but if it will put the fear of God into those high school juniors attending youth rallies who are wondering if Pepperdine University is the academic choice for them.

Gabe Durham – For the Beasties in the Burroughs, For the Beatles in Britain

Meets at the Park Reading Group: Dostoevsky’s The Idiot

1. Is it nice outside today? Discuss.

2. Dostoevsky once wrote that in The Idiot his idea was to portray “a beautiful man”. Do you think he meant to say “a handsome man” but just got confused for a second? Or can we read much of Myshkin’s awkwardness as a crisis of sexual identity? Briefly flip through the pages and try to find an instance of Myshkin wearing a dress or women’s undergarments or jewelry.

3. In Part One, Chapter Ten, Ganya tells Myshkin that “nothing offends a man of our day and our race more than to tell him he is not original, that he is weak-willed, has no particular talents and is an ordinary person.” Discuss how different 21st century Americans are from 19th century Russians. Is it nice that we have freed ourselves from this animal lust for originality and talent? Does our superiority make arcane books like The Idiot a pain to read or can we use these books as a self-esteem booster?

4. How about Myshkin’s proposal to Nastasya? Awkward am I right? Have you ever been suddenly stirred to publicly proposed marriage to someone? How’d that go for you? If your proposal was shot down, what reason was given?

5. Did anyone remember sunscreen? If so, would they be willing to share? Is anyone still peeling from last week? Compare and contrast each others’ tans and burns. Are you jealous of the woman who is always tan but never seems to burn?

6. Imagine a conversation between Prince Myshkin and the “underground man” from Notes From the Underground. Would Myshkin in his Christ-like patience be able to stand the guy, or would Myshkin fake a seizure to escape?

7. That general tells some whoppers! Discuss old men you know who lie to get attention. Do they know they are doing it? Have they ever, like the general, claimed to have met Napoleon as a boy? Or Teddy Roosevelt? Does Alzheimer’s actually exist or do many people just get mischievous near the end?

8. Myshkin, on the death penalty: “To kill for murder is a punishment incomparably worse than the crime itself.” Here we go, now things are about to get interesting. What do you think of the death penalty? Start by going around the room but then cede the floor to those with the loudest voices. (Note: Make sure everybody comes to a consensus on this one. None of that agree to disagree crap. If necessary, send that sunscreen around again.)

Remember when Dr. Evil said, “Zip It”! You guys? Anybody remember that? It was on some t-shirts… That’s not the point, though. What’s the point? I’m getting to it. The point is that we’ve got both remix albums in easy-to-download zip files. Free music was never so easy to download. Except for Napster, myTunes, thousands of mp3 blogs… it’s actually been this easy for a long time now.

Gabe Durham: For the Beasties in the Burroughs, For the Beatles in Britain 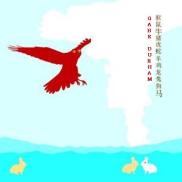 Gabe Durham: Good News For People Who Love to Get Krunk (explicit version) 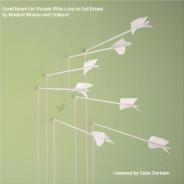 GRC in the Blogosphere

Take a look at what Scott of Anyone’s Guess has to say about Gather Round, Children:

– Check out our many new links.

– Coming Soon: Zip files of “Good News For People Who Love to Get Krunk” and “For the Beasties in the Burroughs, For the Beatles in Britain”

37% of wine glasses in the United States break during their first three months of use. This is 60% accounted for by wine glass companies’ intentional use of brittle glass; the other 40% of breaks occur because nothing makes a point like shattering a wine glass against the wall.

The aforementioned statistic is 45% lower in all European countries due to two main factors: less frequent binge drinking and higher tolerance levels.

1 in 15 flight attendants are remotely attractive; this number is down 86% from the mid-70’s, the golden age of commercial flights and questionable hiring practices.

78% of books are put down and forgotten less than one month after initiated. This is 10% higher than the inefficiency rate of new years resolutions; early indicators suggest that the 10% differential in favor of resolutions comes from the potential for increased “sexiness” in the fulfillment of resolutions whereas the finishing of books has the opposite effect.

90% of water fountains in public schools are either dramatically underpowered or overpowered. 3 out of 4 pharmaceutical company stakeholders cherish this statistic because of increased germ transference and dehydration, both of which lead to increased revenues.

13% of deer hunters wish they could walk away from the activity altogether but stay involved to protect themselves from the accusation, “You’re not a REAL man.”

98% of collectors agree that the ivory from elephant tusks is SO much more valuable than an elephants life. After all, you can always make more elephants.